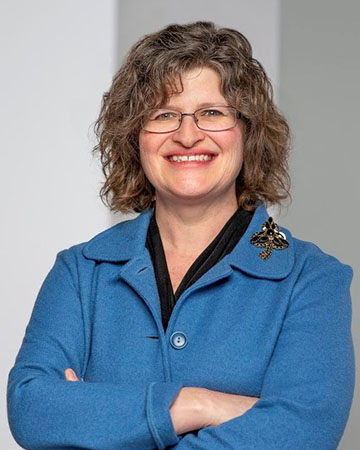 Wendy has an extensive resume serving on local nonprofit boards and has been an adjunct professor at the University of Tulsa teaching nonprofit administration in the arts management program. She is a frequent consultant to area non-profits for board development and strategic planning and lectures frequently about Generations in the Workplace.

In June 2017 she was awarded by the Association of Leadership Programs as “Preceptor,” the highest honor in her field. She has also received the Women in Communications Newsmaker Award, the Tulsa Business Journal’s Woman of Distinction, the Typros Boomtown awards and most recently was named a “Community Gem” by the Junior League of Tulsa. 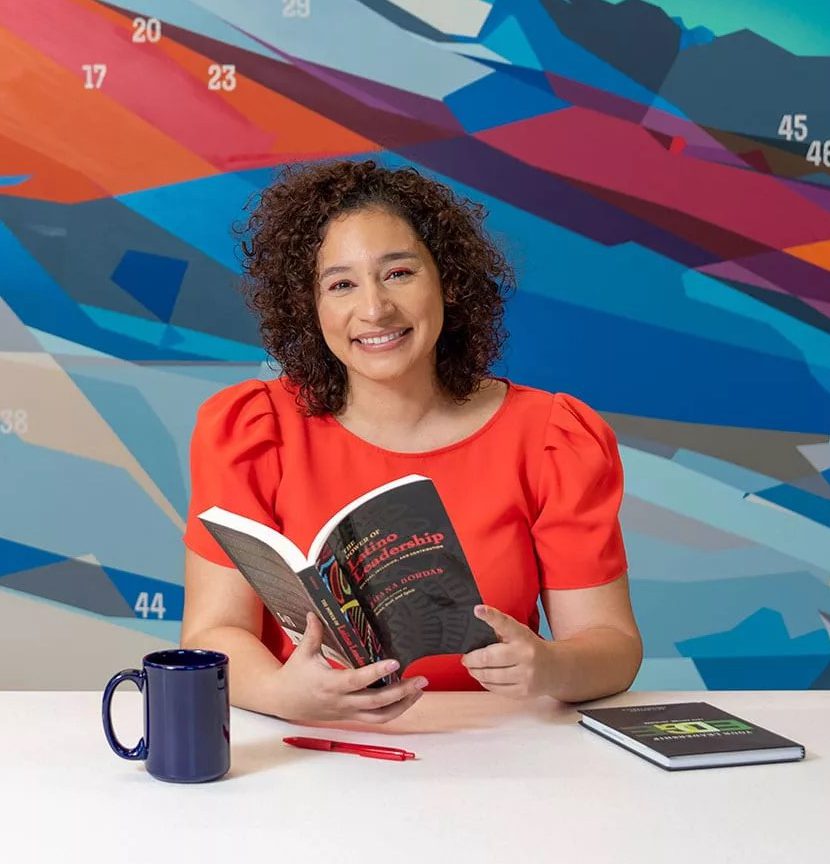 Marcia Bruno-Todd serves Leadership Tulsa as the Deputy Director. She directs the implementation of Leadership Tulsa programming to connect leaders with impactful service opportunities that contribute to a thriving community for all. Her experience spans across K-12 and the university setting including Tulsa Public Schools, Teach for America, and Oklahoma State University.

Marcia supports non-profits with diversity, equity and inclusion strategies and consults on developing authentic community partnerships. She has supported the development of several civic engagement programs across the state and nation. Her commitment to system level change in leadership has evolved into extensive coalition building to create equitable spaces.

She proudly serves as a board member for MetCares Foundation and sits on the the city’s Sales Tax Overview Committee. In 2022, she was named Oklahoma Magazine’s 40 under 40, Journal of Record’s Achievers under 40, and honored with the Tulsa League of Women Voter’s Madame President award. Featured in Forbes Women for her work in bridge-building across sectors, she invests her talents in the leadership development of the diverse communities of Tulsa. 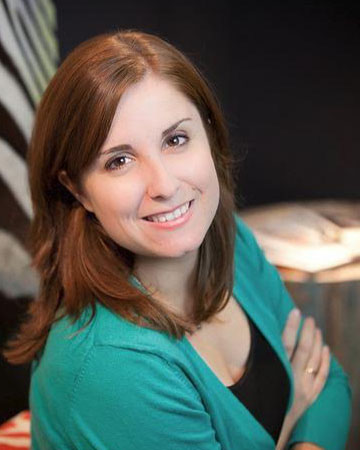 Kendall joined the Leadership Tulsa team in April 2016. Born and raised in Tulsa, Kendall graduated from the University of Tulsa with a Bachelor of Arts in Arts Management. Kendall previously worked at Holland Hall for five years as the assistant to the director of the Walter Arts Center and for the office of Institutional Advancement. After a brief stint in the for-profit sector, she returned to Holland Hall to coordinate its 10-year independent school accreditation. When she’s not managing the Leadership Center, Kendall enjoys singing and performing in local theatre productions. She is the resident stage manager for Tulsa Repertory Musicals, where she also serves on the board. 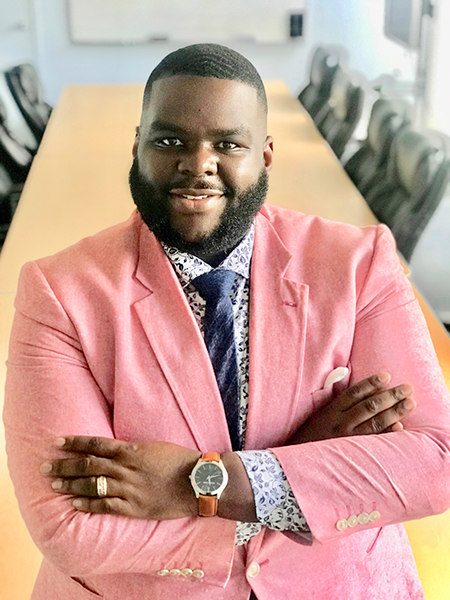 Michael is a Tulsa product, graduating from Booker T. Washington High School. He then went on to Pittsburg State University in Kansas where he received his bachelor’s and master’s Degree in Communications.

Michael returned to Tulsa after graduating in the spring of 2014 and started working for Tulsa Job Corps Center. At Job Corps he worked with young adults ages 16 to 24 and as the Career Transitions Manager, he assisted youth with their career placements after completion of the program. He started working for Workforce Tulsa in May of 2018 as the Business Services Manager.

Michael has a deep passion for helping youth to reach their fullest potential – academically, emotionally, physically, and socially. He will continue to serve the youth at KIPP Tulsa through after school sports activities. Michael is excited to to work with and learn from a diverse groups of individuals to help make an positive impact for a better Tulsa. 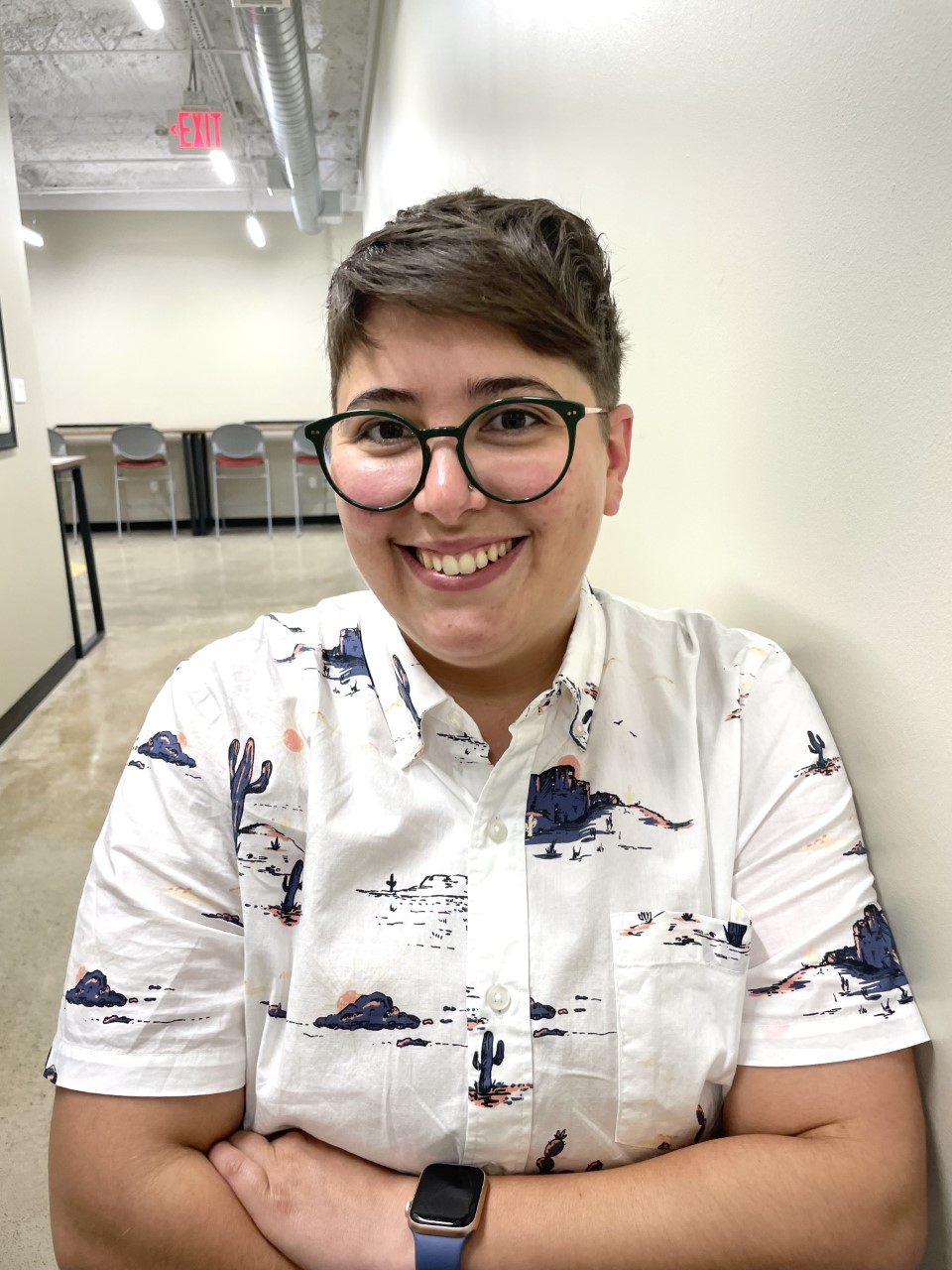 Christianna Loza grew up in Los Angeles where she graduated with her B.A. in Art and Design from Mount St. Mary’s University – Los Angeles while working as a paralegal. She moved to Tulsa in 2018 for Teach for America and jumped into teaching middle school math for Tulsa Public Schools. During that time she worked in partnership with After Ops, Tulsa Debate League, and Bike Club to create after-school opportunities for students. These partnerships and personal learning opportunities ignited her interest in building a student-led engaging STEAM classroom for students to explore mathematics, problem-solving, and leadership. Informed by her myriad of experiences, Christianna has grown passionate about learning, community, and leadership. For these reasons, she is thrilled to be joining Leadership Tulsa as a Program Manager and to continue leaning into her core values of growth and learning. 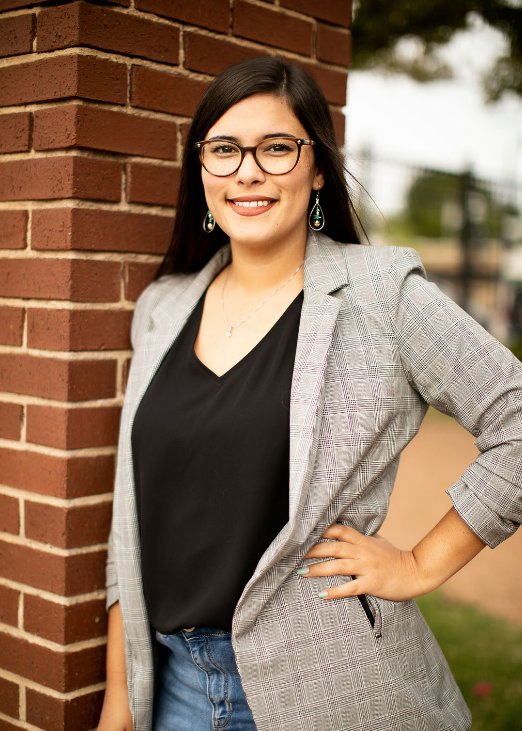 Savannah is excited to serve as Leadership Tulsa’s Development Manager. She grew up in Riverside, California, and moved to Tulsa in 2017. Savannah attended Haskell Indian Nations University in Lawrence, Kansas, and continued pursuing her education at the University of Oklahoma, where she obtained a B.S in Criminal Justice. She is currently working towards her Master’s of Public Administration at the University of Oklahoma-Tulsa. Savannah has previously worked in tribal government and nonprofits, focusing on serving the community. She is a part of Duck Creek Ceremonial Grounds and remains connected to her previous work through volunteer services.  Savannah enjoys spending time with her partner Houston and their dogs. Through her work, Savannah has found a passion for serving the community and making a positive impact in Tulsa. She is thrilled to join Leadership Tulsa and learn from such a diverse group of individuals. 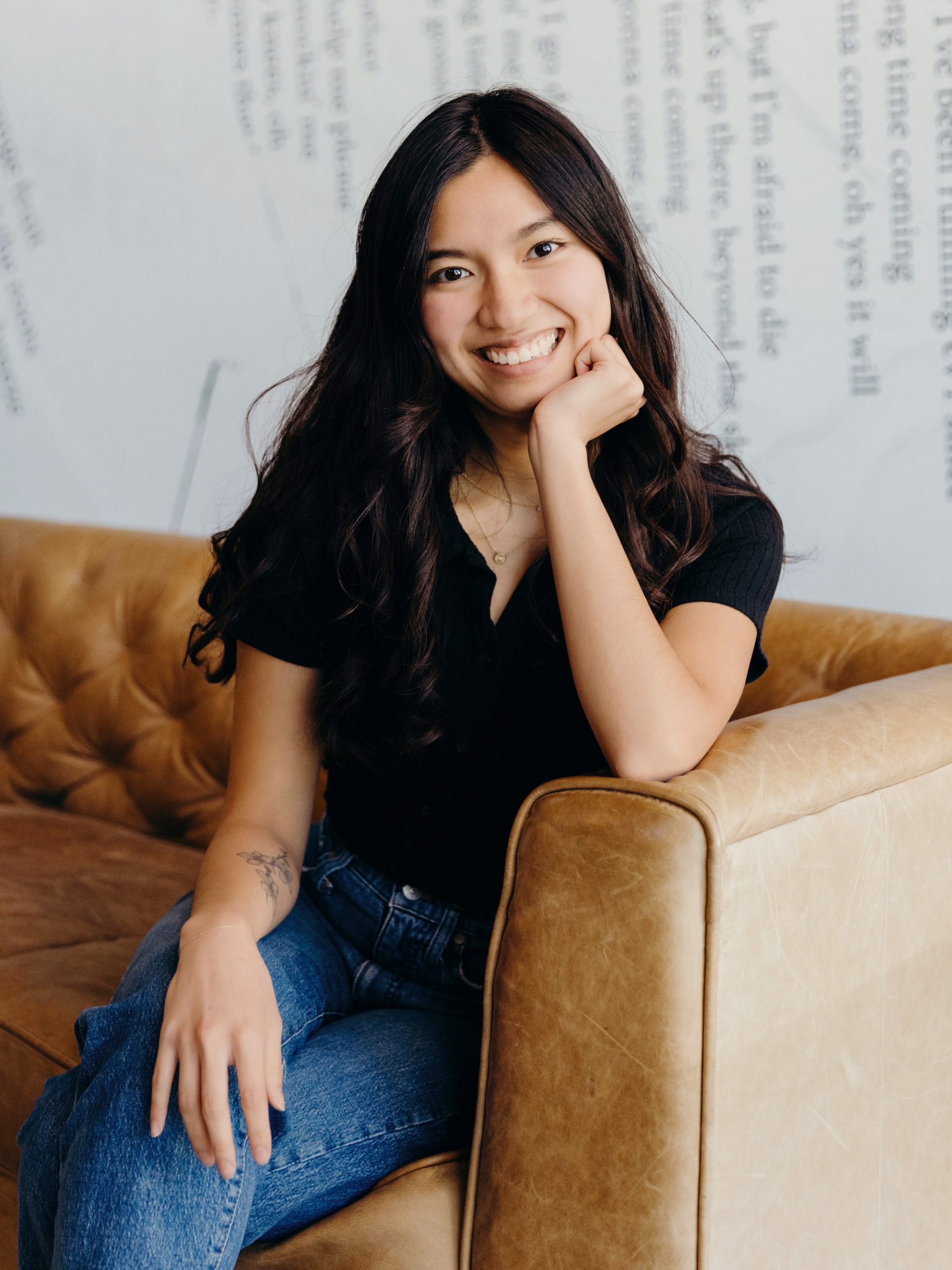 Sabrina Ton is a proud daughter of immigrants and product of the Midwest, having grown up in Kansas City. She holds a dual degree from the University of Oklahoma: a Bachelor of Science in Healthcare and a Bachelor of Arts in Letters with honors. She moved to Tulsa as a part of the inaugural Tulsa Service Year Cohort in 2020 and served as the Community Engagement Fellow at the Birth through Eight Strategy for Tulsa (BEST). Sabrina is passionate about the importance of literature and storytelling in understanding the human condition, building essential skills of empathy, and honoring the stories of communities that have been historically marginalized. She is elated to be joining the team at Leadership Tulsa and getting to learn and grow in skills of authentic leadership alongside all of the different program classes. In her experience, leadership is about investing and developing more leaders, and she looks forward to doing just that at Leadership Tulsa. 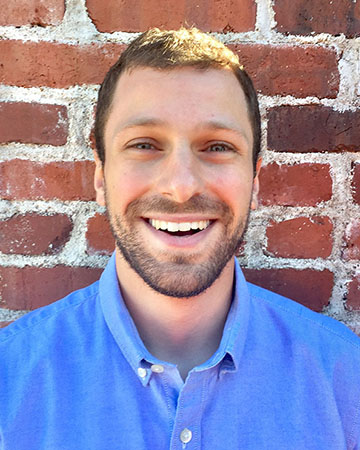 Andrew Spector is Co-Founder and Program Director of Tulsa Changemakers, a youth leadership program that empowers young people to make meaningful change in their communities. He joined the Leadership Tulsa team as Program Manager in 2017 after completing two years of service with Teach For America, where he was a 6th grade teacher for Tulsa Public Schools. Andrew is originally from Bedford, Massachusetts and is a graduate of the Honors College at College of Charleston. At his graduation, Andrew received the college’s highest honor, the Bishop Robert Smith Award, for his demonstrated leadership and academic excellence. Andrew serves as Board Member for the Hillel of Northeastern Oklahoma and Jewish Federation of Tulsa, tutors with Reading Partners, and is a member of Interfaith Youth Core’s Alumni Speakers and Trainers Bureau. In 2018, Andrew was honored with ionOklahoma’s NextGen Under 30 Award. 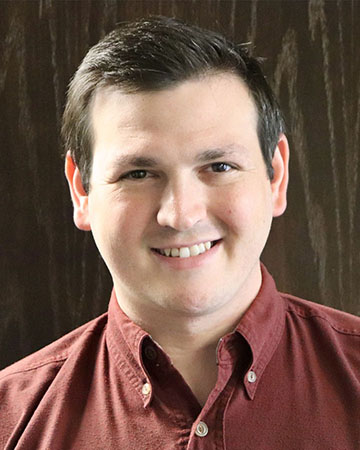 Jake Lerner is a co-founder of Tulsa Changemakers, a youth leadership development and action program that empowers young people to make meaningful change in their schools and communities. Jake is originally from Philadelphia, Pennsylvania and graduated from the University of Pennsylvania with a degree in Philosophy, Politics and Economics. In collaboration with the Wharton Social Impact Initiative, Jake co-created and facilitated social innovation and leadership identity workshops for high school students as well as undergraduates. He has also worked as a content advisor for Global Youth Empowerment’s entrepreneurship boot camp in Dubai. Jake is a 2015 Teach For America Greater Tulsa Alumnus. In his free time, Jake plays basketball, writes poetry, and co-runs an interfaith dialogue event for adults called Radical Amazement. 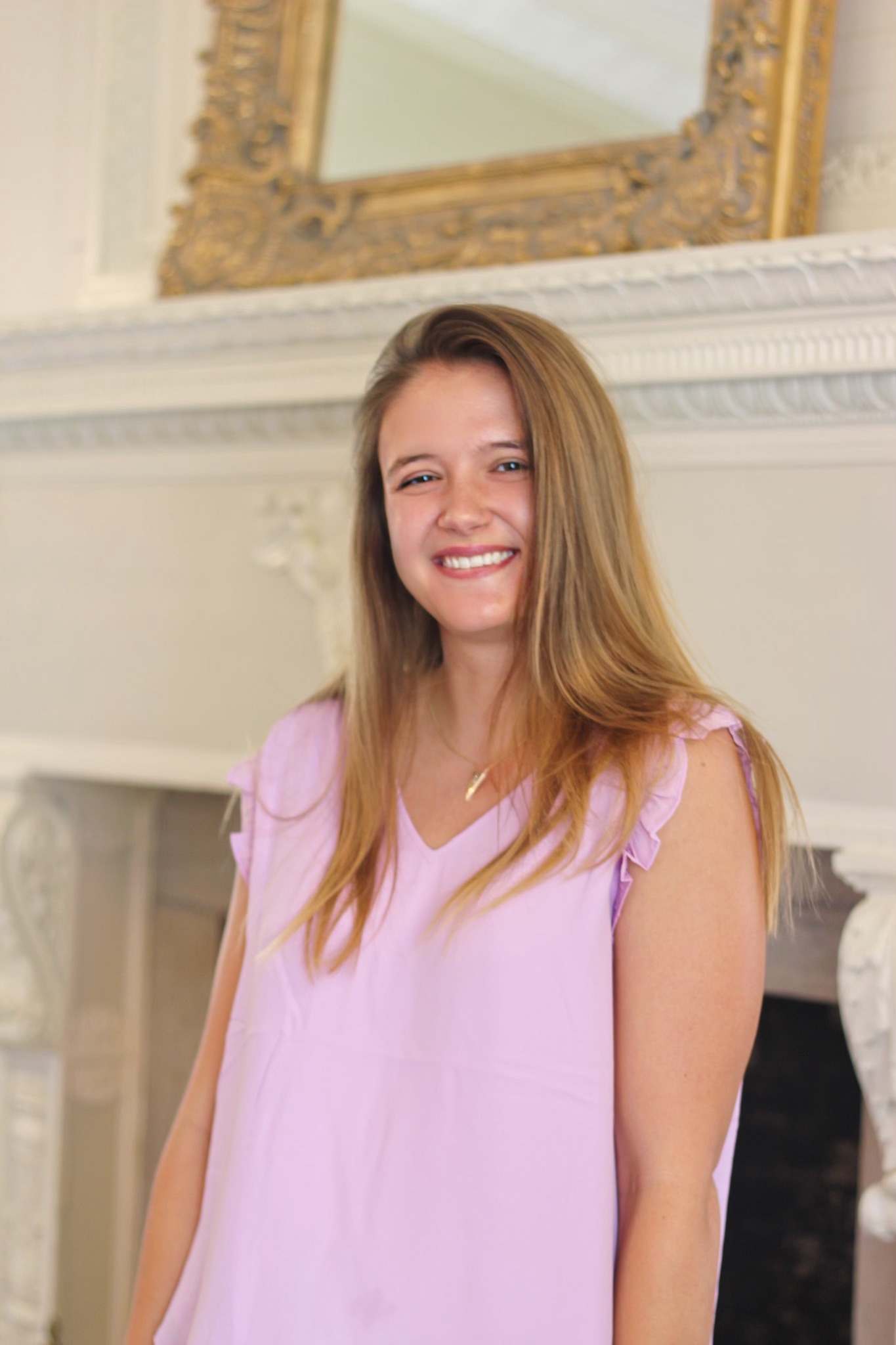 Hannah Jarman has served Changemakers over the past four years as a Coach, Coach Mentor, and Program Coordinator for Power of Youth and officially joined the staff in July 2022 as a Program Manager. She moved from the south suburbs of Chicago to Tulsa, Oklahoma in 2017 with Teach for America to teach 6th and 7th grade social studies. Utilizing her degree in Global Studies (Conflict Resolution) and Communication from the University of Illinois at Urbana Champaign, Hannah became passionate about bringing current events and relevant history into her classroom for discussion. She quickly realized the impact student voice can have on building power in communities. Her motivation derives from the hope and passion she sees in students everyday to change the world as they (and we) know it.  Throughout her five years in the classroom, Hannah has coached debate, Changemakers, and other teachers. She is excited for the next big adventure. 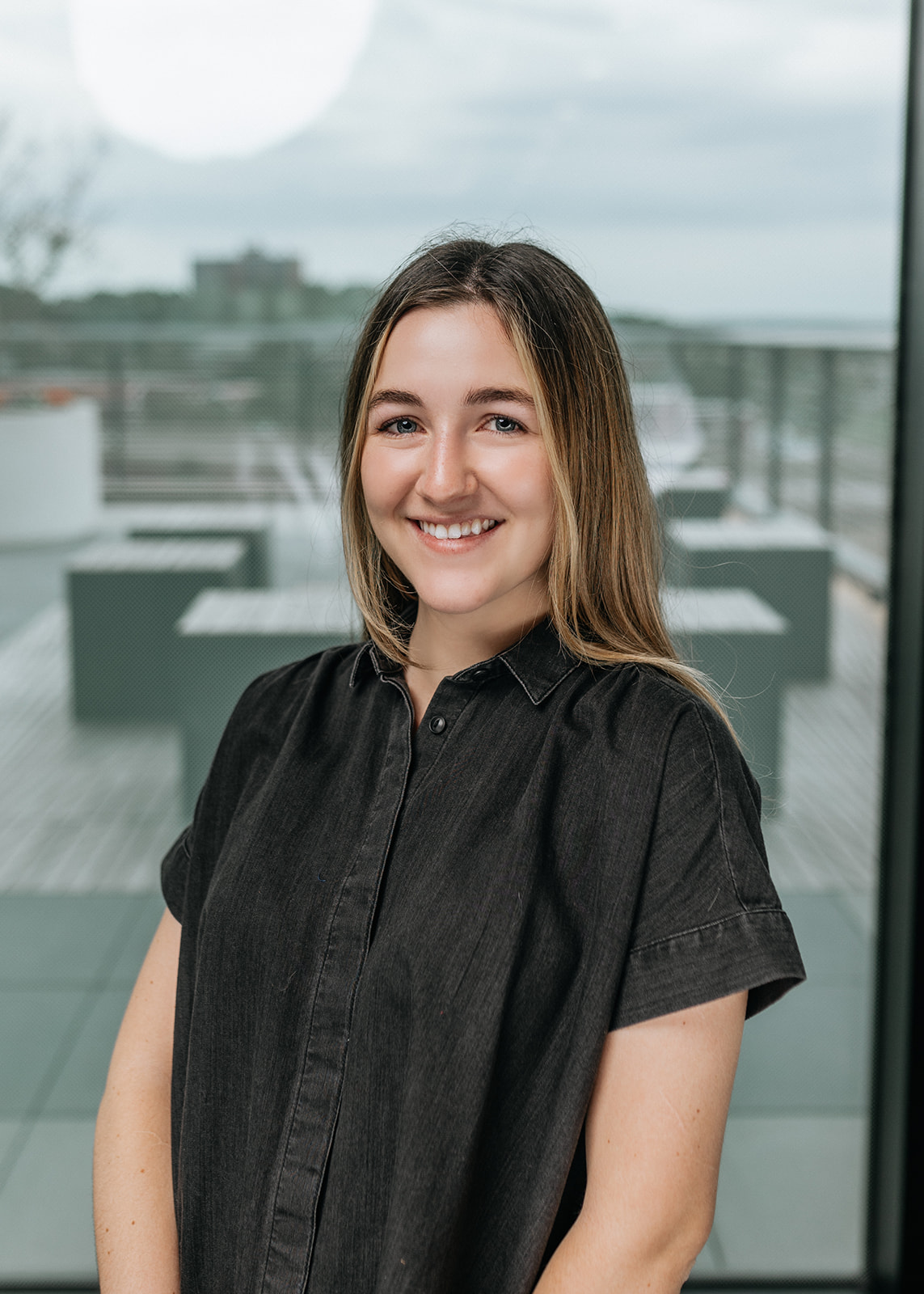 Abbey Doyle is a 2022-23 Tulsa Service Year Fellow and Program Manager with Tulsa Changemakers. She is a recent Phi Beta Kappa graduate of the University of Kansas with a degree in Elementary Education and a certificate in Service Learning. As an undergraduate, Abbey received the Senior Leadership Award and Undergraduate Research Award for involvement and research within the School of Education and Human Sciences. In the summer of 2021, Abbey completed an internship with CAP Tulsa, through the George Kaiser Family Foundation’s Summer Impact program. She has served as a court-appointed advocate for children in Lawrence, Kansas through the CASA organization. Abbey plans to expand youth-voice opportunities and build youth empowerment in Tulsa through her role with Tulsa Changemakers.